Own and Control Your Body and Mind 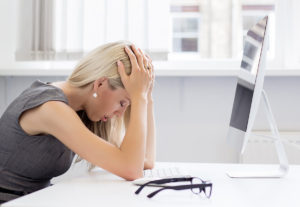 Many people assume sex-hormones are responsible for only menstrual cycles and hot flashes, but they also regulate the vital functioning of our bodies. Estrogen and testosterone have over four hundred functions in women’s and men’s body, respectively. When hormone levels decline, we lose our ability to function efficiently in every area. Hormones help to prevent heart disease by controlling blood pressure, blood sugar, and cholesterol levels.

The body also needs hormones to produce all the neurotransmitters we need to feel good. When hormone levels decline, we may become irritable, anxious, and depressed, and we may even lose our short-term memory. Because hormones help keep bones and muscles strong and healthy, we may suffer osteoporosis, poor muscle tone, and increased frailty. You know if your hormones are declining when you feel aches and pains more acutely, since hormones are one of the body’s biggest anti-inflammatories. Your energy decreases along with your libido. Basically, you feel like you’re falling apart!

Hormones are substances that are produced in special tissues in the body and then released into the bloodstream. They travel to cells in other parts of the body and exert characteristic effects. Our hormones include estrogen, testosterone, progesterone, cortisol, thyroid, DHEA, and believe it or not, vitamin D.

Bio-identical hormones are made from either soy or yams and are designed to replicate molecules that our bodies produce. Because they are identical in structure to what our bodies make, bio-identical hormones are not able to be patented. Traditional hormone replacement therapy (HRT) uses hormones that are NOT the same molecule. Our bodies are very complex and need the exact “key” to fit our molecular “locks,” or the receptor sites on cells. If you think that small changes in structure don’t matter, think about this: the only difference between testosterone and estradiol are two chemical bonds and two hydrogen atoms. These small differences comprise the entire molecular difference between men and women!

Hormones that are not bioidentical will have many more differences in their structure than just a few bonds or a few hydrogen atoms. They often have large side-chains attached to them. These differences lead to very different actions in the body.

For example, for many years the most commonly prescribed form of HRT for women was Premarin. Premarin, or Conjugated Equine Estrogen, is derived from the urine of pregnant, dehydrated horses. Horses have over twenty-seven estrogen compounds that are molecularly different from our own estrogens. The human body can use only two of these compounds, which leaves twenty-five estrogen compounds that are foreign to us, forcing our bodies to work harder to break down. Premarin has been shown to cause DNA damage and therefore increase the risk of breast and uterine cancers.

Side Effects of Non-Bioidentical Estrogens

Side effects of non-bioidentical estrogens (including Premarin) include:

For years, the most commonly prescribed progestin in the United States was Provera, or medroxyprogesterone acetate. Progestins act very differently from progesterone in the body. Progestins actually counter many of the positive benefits we receive from our own natural estrogens. They increase inflammation and the risk of strokes. They are contraindicated in pregnancy due to causing birth defects. Provera has been shown to cause cancer and has been banned in Europe!

The findings of The Women’s Health Initiative significantly changed this medical trend. The study, which included over 150,000 women, showed that women taking Premarin and Provera together had an increased risk of cancer, blood clots, and heart disease. When this study was published, millions of women stopped taking their HRT, and sales of synthetic hormones dropped by over $1 billion annually! Unfortunately, pharmaceutical companies generated a lot of confusion so that doctors and patients began to think that ALL estrogens were bad, which is definitely not the case. More recent evidence has shown that bioidentical hormones, when used in the correct balance, actually help to prevent cancer and reduce the risk of heart disease, diabetes, and dementia!

So what can you do to feel better? Balancing hormones begins with lifestyle changes to target the effects of stress and diet on hormonal dysregulation. Many herbs help balance hormones, including Dong Quai, black cohosh, and chasteberry. For many women, however, these measures are not enough. Fortunately, another solution is bioidentical hormone replacement therapy (BHRT). BHRT brings the body back into balance by imitating the body’s natural processes. The extent of hormonal replacement depends upon how significantly hormonal production has decreased.

Before you adopt hormonal balance treatment, you must find a professional provider who is experienced in the use of bioidentical hormones. More importantly, educate yourself regarding the various options on the market. Read reference books and articles. Listen to your body. Document changes you are experiencing, and talk with your health professionals.

OTHER SERVICES
This form needs Javascript to display, which your browser doesn't support. Sign up here instead